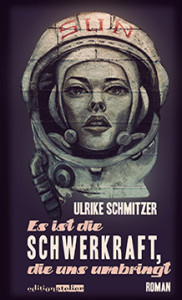 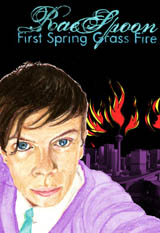 Transgender indie electronica singer-songwriter Rae Spoon has six albums to their credit, including 2012’s I Can’t Keep All of Our Secrets. This first book by Rae (who uses “they” as a pronoun) is a candid, powerful story about a young person growing up queer in a strict Pentecostal family in Alberta.

The narrator attends church events and Billy Graham rallies faithfully with their family before discovering the music that becomes their salvation and means of escape. As their father’s schizophrenia causes their parents’ marriage to unravel, the narrator finds solace and safety in the company of their siblings, in their nascent feelings for a girl at school, and in their growing awareness that they are not the person their parents think they are. With a heart as big as the prairie sky, this is a quietly devastating, heart-wrenching coming-of-age book about escaping dogma, surviving abuse, finding love, and risking everything for acceptance.

Rae Spoon is a transgender musician and author originally from Calgary, Canada. They have been nominated for a Polaris Prize, toured internationally, and released seven solo albums, the most recent being My Prairie Home (2013). Rae is the author of the Lambda Literary Award finalist First Spring Grass Fire and most recently co-authored Gender Failure with Ivan E Coyote (and exploration of how the gender binary fails us all at some point). Their essay “Femme Cowboy” was featured in the anthology Persistence: All Ways Butch and Femme. Rae is the subject of a Canadian National Film Board documentary – musical titled My Prairie Home (2013), which screened at film festivals internationally, including the Sundance 2014 Film Festival. They will be reading from their two most recent books. 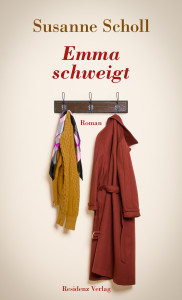 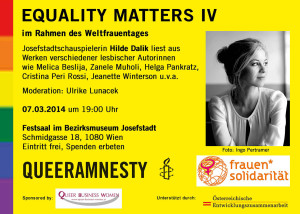 Denice Bourbon, No. 1 diva of Vienna’s queer avant-garde and notoriously trash-mouthed columnist, tells it all. Yes. – It! All!
From her lesbian awakening, through her years of radical feminist activism, to her current career as a burlesque artist, her stories are as crazy as they are hilarious. Fortunately she can provide plenty of proof, which will stop everyone wondering
whether she has in fact just made everything up.
Well, she hasn’t.
Cheers! is a witty, self-deprecating memoir of true-to-life observations about sex, politics, and (non-)stardom.
This is as fabulous as it gets, darlings! 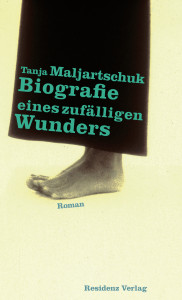 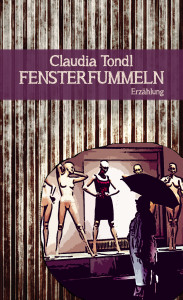